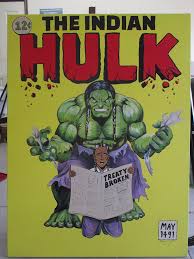 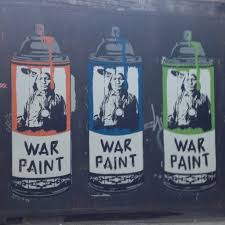 Ok, let’s get the title explained right off the bat. I don’t mean to be provocative. It might sound like I’m faulting Native American art here, but the accusatory weight is meant to fall on the inspired part. What I mean is that there is something reductive in the way non-natives claim that they are inspired by Native American art. It’s something that’s heard quite a lot. From Jackson Pollock to Ralph Lauren, artists and designers often cite Native American art as an influence. For fashion designers it seems particularly commonplace to go Native for a least one collection. Of course, when asked, the inspired will always assure their utmost respect and admiration. But a lot of the times one wonders if it doesn’t do more harm than good. One might argue that when someone like Ralph Lauren incorporates Navajo motifs into his designs, it raises interest in Native culture. This may very well be the case, but it also reinforces the view of Natives as a faceless group of “others”. Because it’s rarely the unique style of an individual Native artist that is cited as inspiration, it is always “Native art” en masse. Outsiders all too often seem to regard Native designs as interchangeable and all alike. This may also explain why there is a baffling lack of collaboration between the inspired and the ones who they are inspired by. Because if one fails to distinguish between different styles, I can see that it would be easy to believe that anyone can do it.
Yet, according to Lindsey M. Montgomery, collaboration is what’s required if inspiration is to generate respectful results: ”Navigating the waters between respectful reference and insensitive borrowing comes down to one thing: collaboration. Collaboration requires companies and designers to do more than simply appreciate and borrow the aesthetics of another culture. It demands they engage in an active dialogue with the particular community or artist who is inspiring the work.”

It really shouldn’t be so hard to realize the benefits of collaboration. After all, designers want competent seamstresses, right? So of course they will hire the best in the game. And if you want some cracking Navajo designs, you should probably get in touch with someone who knows what they’re doing. But this very rarely happens. The much publicized court case Navajo Nation vs. Urban Outfitters offers some insight into why those inspired seldom think it necessary to go to the source for help. The story goes that the clothing company Urban Outfitters had used Navajo designs and motifs for years. In 2012, the Navajo Nation finally took legal action against the company for violating the Indian Arts and Crafts act, which prohibits trying to pass off artefacts as authentically Native when they are not. According to Urban Outfitters’ defense Navajo patterns are a generic style of design that anyone can use.

Lindsey M. Montgomery comments again: “Urban Outfitters’ claim that there is something generic about Navajo designs is baseless. These designs may share a similar set of aesthetically pleasing characteristics, but they are also the weaver’s personal expressions. Some refer to tribal or familial histories.”