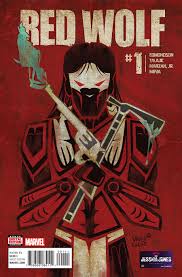 We wrote about Jeffrey Veregge’s superhero art almost five years ago. We knew then that Veregge was someone to watch and it’s been great to see how he has remained faithful to his favorite subject matter – superheroes – while his style has matured and become both more refined and more complex. He still uses the traditional formline style common to his Port Gamble S’Klallam Tribe in Washington State to portray famous superhero characters such as Iron Man, Thor, Black Panther among many others. What’s impressive is that the style doesn’t feel forced in this superhero context nor does it stand in the way of the portrayal of the characters. On the contrary, the formline style feels like a natural part of the characters’ visual identity. In some cases, it is utilised to build up the figures in a completely organic manner. Familiar formline motifs can for instance be used to form the hefty pec muscles of Hulk or an ornamental design on Black Panther’s helmet. 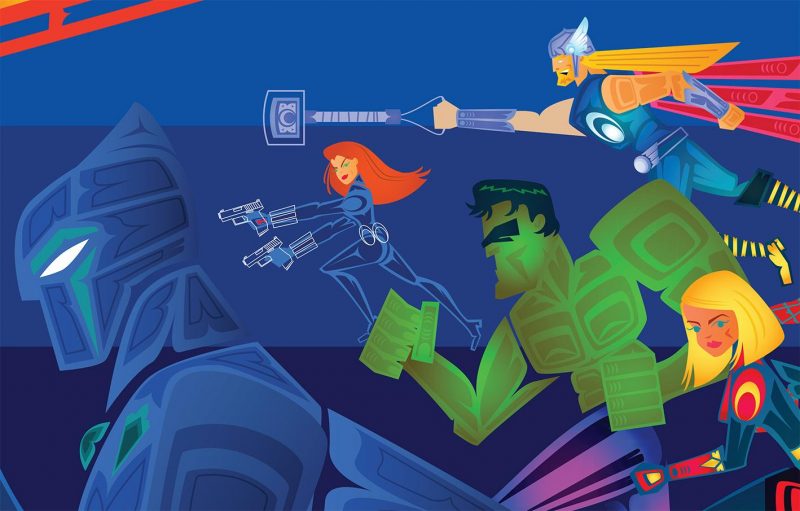 Recently, Veregge was chosen to paint a mural in Smithsonian’s National Museum of the American Indian in New York City. The exhibition “Veregge: Of Gods and Heroes” is on view until October 13, 2019. According to Smithsonian’s own magazine it “tells a … story about cross-pollinating influences between Indigenous traditions and modern pop culture”.

To see superheroes in a museum must be regarded as a big triumph of pop culture, but for Veregge the ultimate acclaim came when Robert Downey Jr.  – the actor who plays the lead character in Marvel’s Iron Man movies and The Avengers franchise – had seen Veregge’s art in a gallery and been so impressed that he shared it on his social media channels. 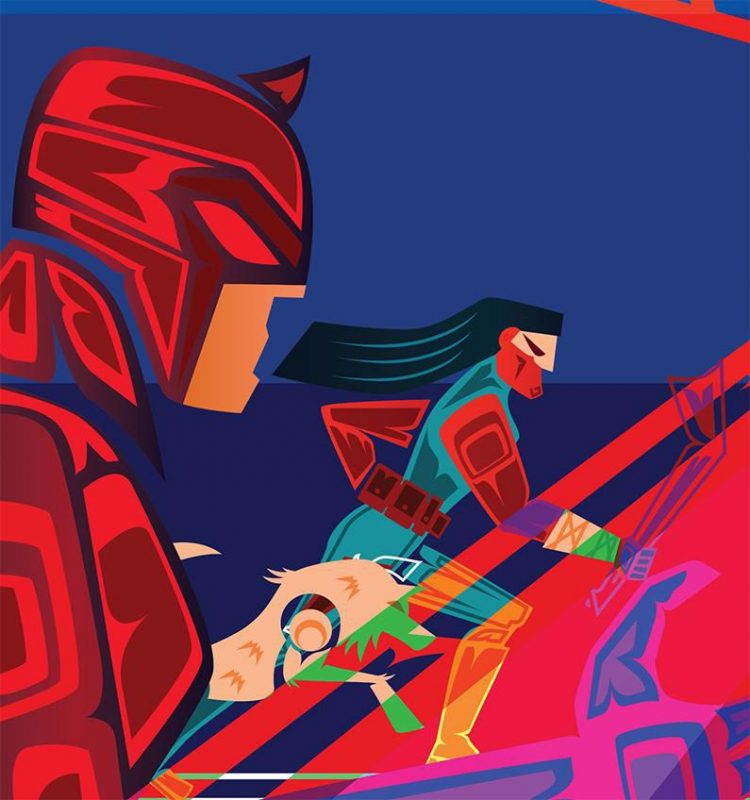 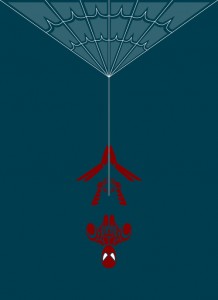 In time for the inevitable summer invasion of superheroes to our movie screens, the art of Jeffrey Veregge can serve as a gentle reminder that sometimes less is more.

You wont see Veregge’s art outside your local multiplex, which is a shame because his minimalistic movie designs would do well to counterbalance the extravagance of the superhero genre. Veregge is a Native American artist who translates the visual language of his Washington state S’Klallam tribe into iconic movie characters, preferably those with more enhanced abilities. With restrained precision he produces images that are reminiscent of both the stenciled paintings of Douglas Miles and the radically minimalistic and unofficial poster designs of someone like Eder Rengifo. 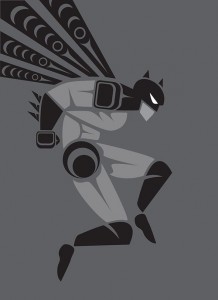 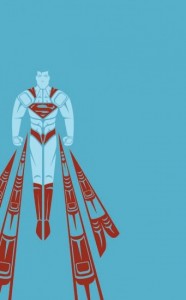 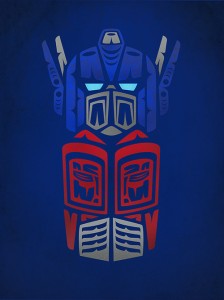